Things that make you go Hmmm? 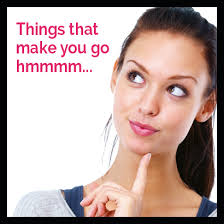 Today’s post is dedicated to the men and women that make you just shake your head.

1. Sean Groubert:  The State Trooper from South Carolina who pulled a man over for an apparent seatbelt violation.  He told the man to show him his drivers license.  When the man went to retrieve the license, the trooper shot him!  The poor guy is heard (after four shots) asking the trooper why he shot him.  After reviewing the evidence, the trooper was arrested.

2. Breona Watkins:  Cops tried pulling Breona over for a broken headlight.  Instead of immediately pulling over, she drove for a quarter mile.  This obviously caused the cops to think something serious was going on. The cops ended up finding her 5 month old baby in the trunk (alive thank goodness!).  Apparently she didn’t want to get in trouble for not having the baby in a car seat so she told a 14 year old that was with her to hide the baby.

3. Kelly McAllister:  (from the nydailynews.com)
Kelly McAllister is playing the good wife to “Kissing Congressman” Rep. Vance McAllister (R-La.)
Though her politician husband was caught sucking face with a staffer this year, she declares in a new campaign ad she is “blessed to have a husband who owns up to his mistakes, never gives up.”
“A man’s character is based on how many times he gets back up and stands again,” she continues in the 30-second TV ad, where she appears seated beside the father of her five children.

My question is this?  Why do people want so bad to be elected to a public office?   After he was caught, Vance McAllister said he would not seek releelction.  Guess what?  He is seeking reelection and she is standing by her man.

4. Ana Maria Gonzalez-Angulo,  (this is for my friend who reads this blog who had not heard of this case) a breast cancer oncologist at the University of Texas M.D. Anderson Cancer Center, who was charged with aggravated assault against Dr. George Blumenschein, lung cancer specialist at M. Anderson.  Dr. Angulo and Dr. Blumenshein were having an affair.  Dr. Angulo was angered when Dr. Blumenshein informed her that he was planning on trying to have a baby with his live in girlfriend.  Dr. Angulo is accused of poisoning his coffee with anti-freeze.  She told him to drink some great Columbian coffee.

and on a final note…happy Friday! 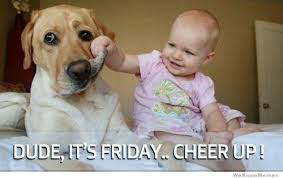 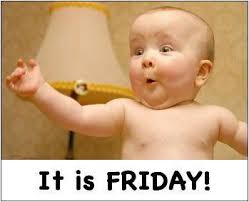 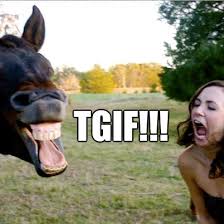 Get Your Run On!

A Brilliant Invention For Little Ones

We Want To Pump It Up! Week 7 Update

Two people, one suitcase. Our adventures in life and love.

Our Kind of Perfect!